Contact us now and let us get you moving

Meet our sales and lettings professionals, covering the Chichester region. Hover over each team member to read a short bio about them. 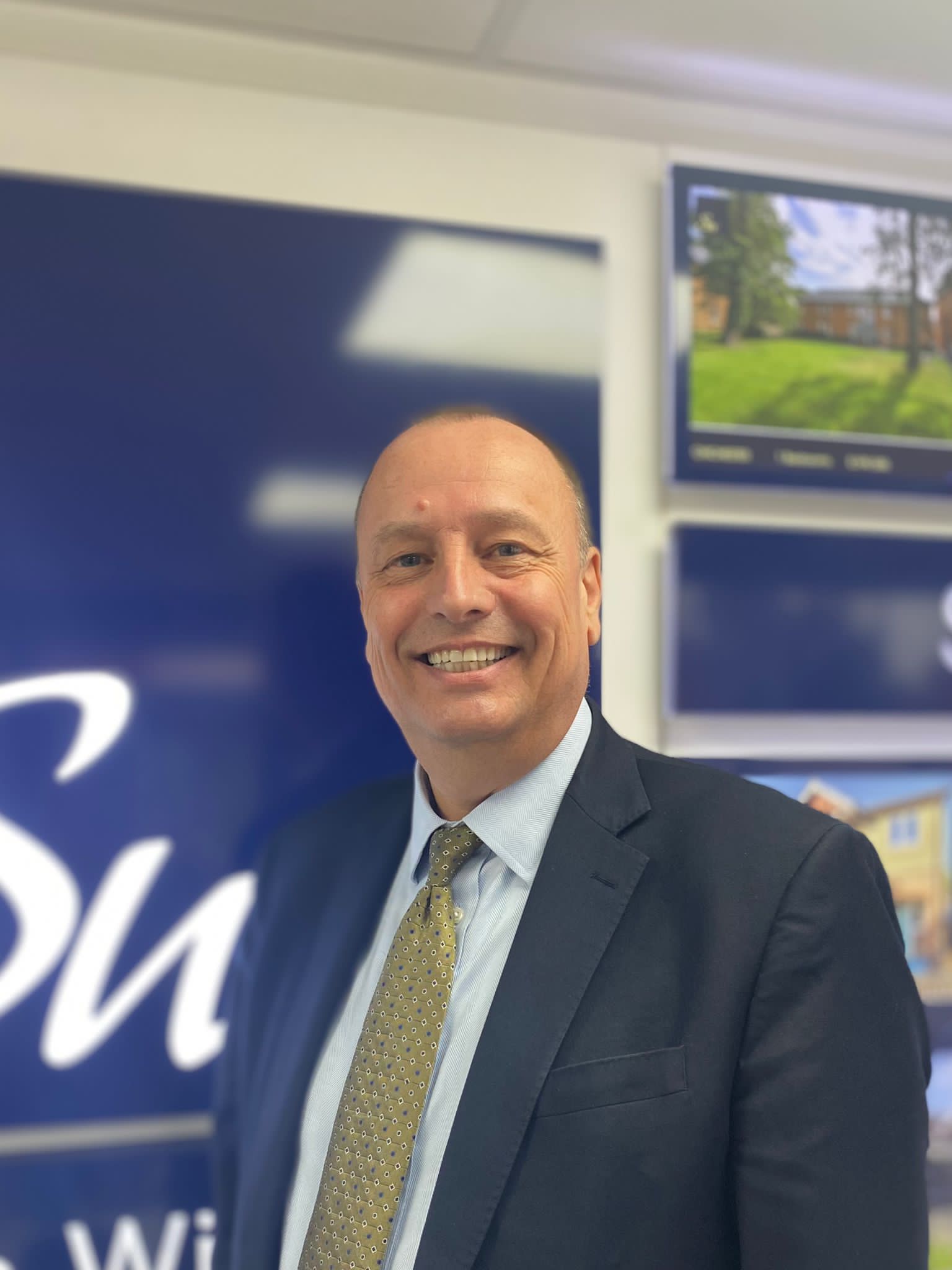 Mike is an experienced estate agent with over 35 years in the industry having worked in both Hampshire and West Sussex. Mike was delighted to join Sims Williams in 2018 well aware of their market leading reputation and now heads up the residential sales office. Married with 2 grown up sons mike lives in Chichester and his wife Karen manages a haberdashery shop in the city. Mike played cricket for Chichester Priory Park for 35 years and still enjoys watching them when time allows. 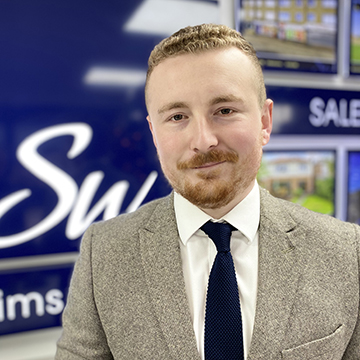 Calum originally moved to Chichester to study at the university and was rewarded with a degree in marketing. Calum then went to work in estate agency across both Sussex and Hampshire and brings years of experience to his current role in our busy Chichester office. Calum largely conducts marketing appraisals although is also an excellent negotiator. He looks forward to helping all future and past clients of Sims Williams. Calum lives in Chichester with his partner and their 2 young children. 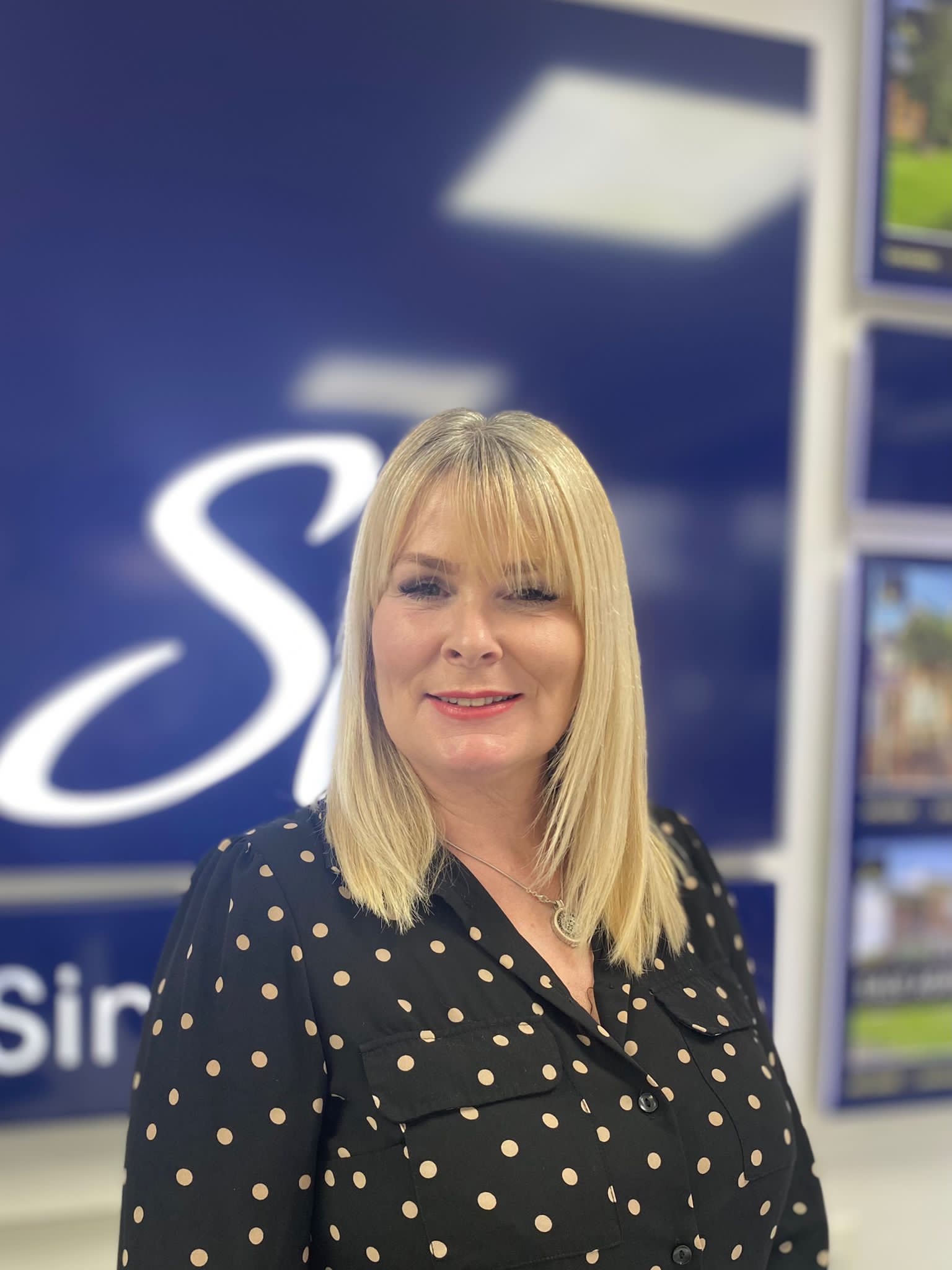 Property has always been Karen’s passion, so estate agency was an obvious career choice. Karen joined Sims Williams in 2013 and has since gained her MNAEA qualification and progressed to become a Senior Property Consultant. “Having lived in the local area all my life, I know Chichester and the surrounding villages extremely well and it’s really rewarding to use my local knowledge to help our clients,” says Karen. 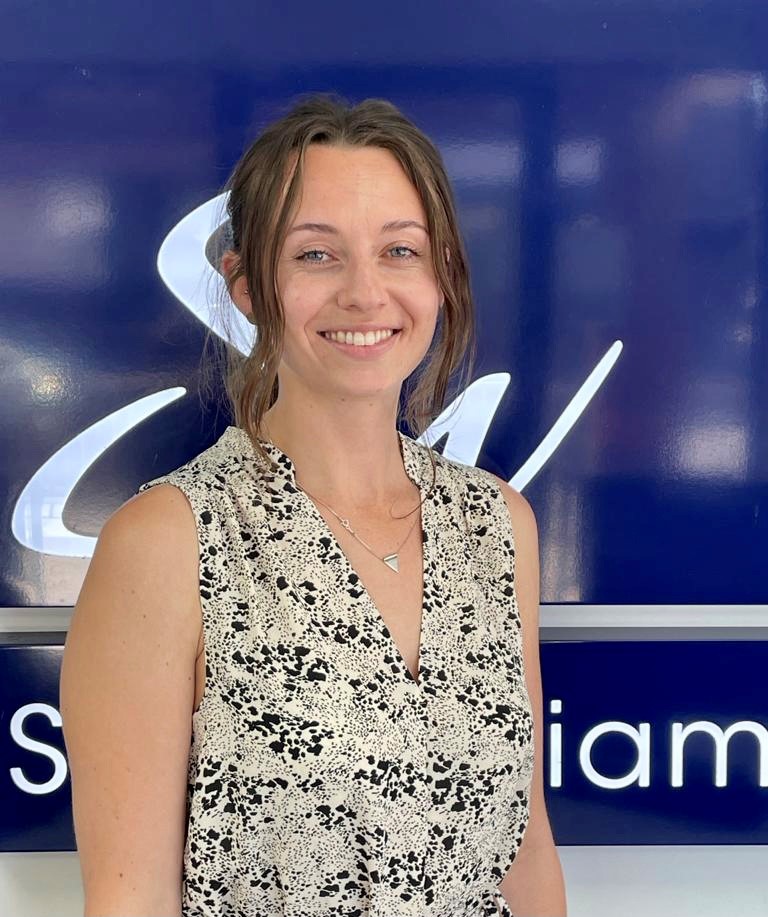 Megan comes from a property marketing background and is now utilising her existing knowledge as a Property Consultant for Sims Williams. Previously photographing and measuring properties and conducting EPCS, I have worked in and around Chichester for the past few years and love the area. I look forward to supporting clients through their property journey! 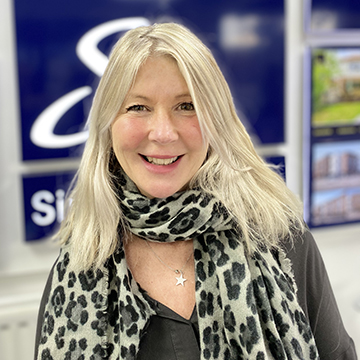 Sue has worked in estate agency for over seven years and has been part of the Sims Williams team since 2015. Sue is particularly proud of how we support our clients at every stage of their property journey – whether they are selling or buying a property. Sue’s dedication and caring nature is much appreciated by our clients. 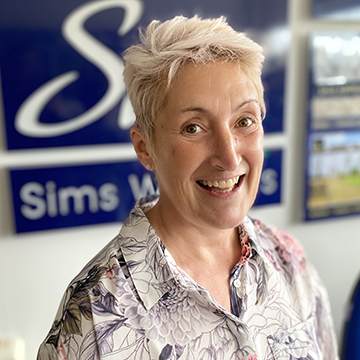 After working for a firm of local solicitors in their conveyancing department, Pam joined the Sims Williams Walberton team in February 2000. Having lived locally for many years, Pam has a detailed knowledge and genuine fondness for the local area. Pam says, “Working as part of a great team, my role is diverse and interesting. We take the time to really get to know our customers and it’s great meeting so many interesting, friendly people.” Pam is involved in all aspects of the sales process, from photographing and measuring properties before they go on the market, to accompanying clients to viewings and negotiating the sale. 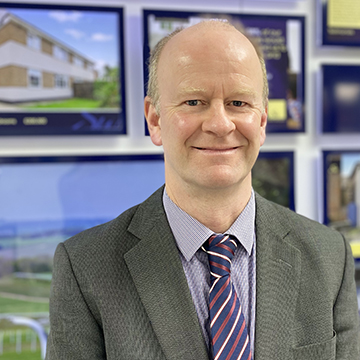 David has extensive experience of the sales and lettings industry and worked in Surrey and Hampshire before coming to work in Sussex for Sims Williams. “Over the years, I have gained valuable experience in all aspects of estate agency, including start-ups and I am a qualified member of the Association of Residential Letting Agents (ARLA),” says David. In his spare time, David likes playing tennis and squash and has a wife and two daughters who are both at university. 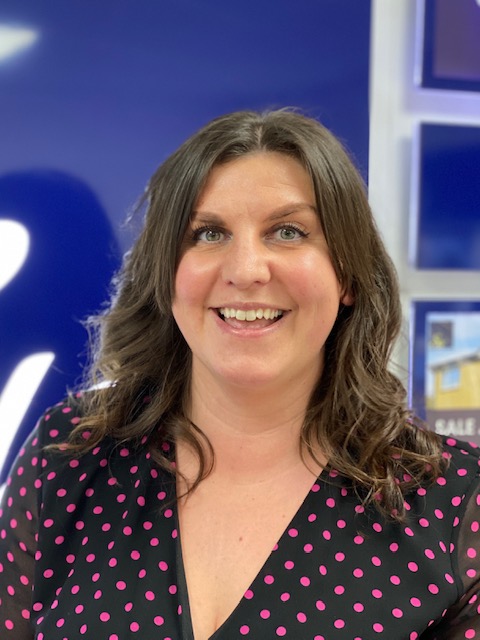 Having started working in the industry in 2008 for a corporate company as a file progressor and moving forward to a negotiator position I have worked in many aspects of the industry from valuing properties to dealing with maintenance issues. I joined Sims Williams in 2014 and thoroughly enjoy my role within the office from matching applicants to their ideal property or meeting Landlords to advise them on renting out their property to take them to the next stage in their life. I live by the sea which I love and during my spare time I partake in Pilates and am an avid baker. 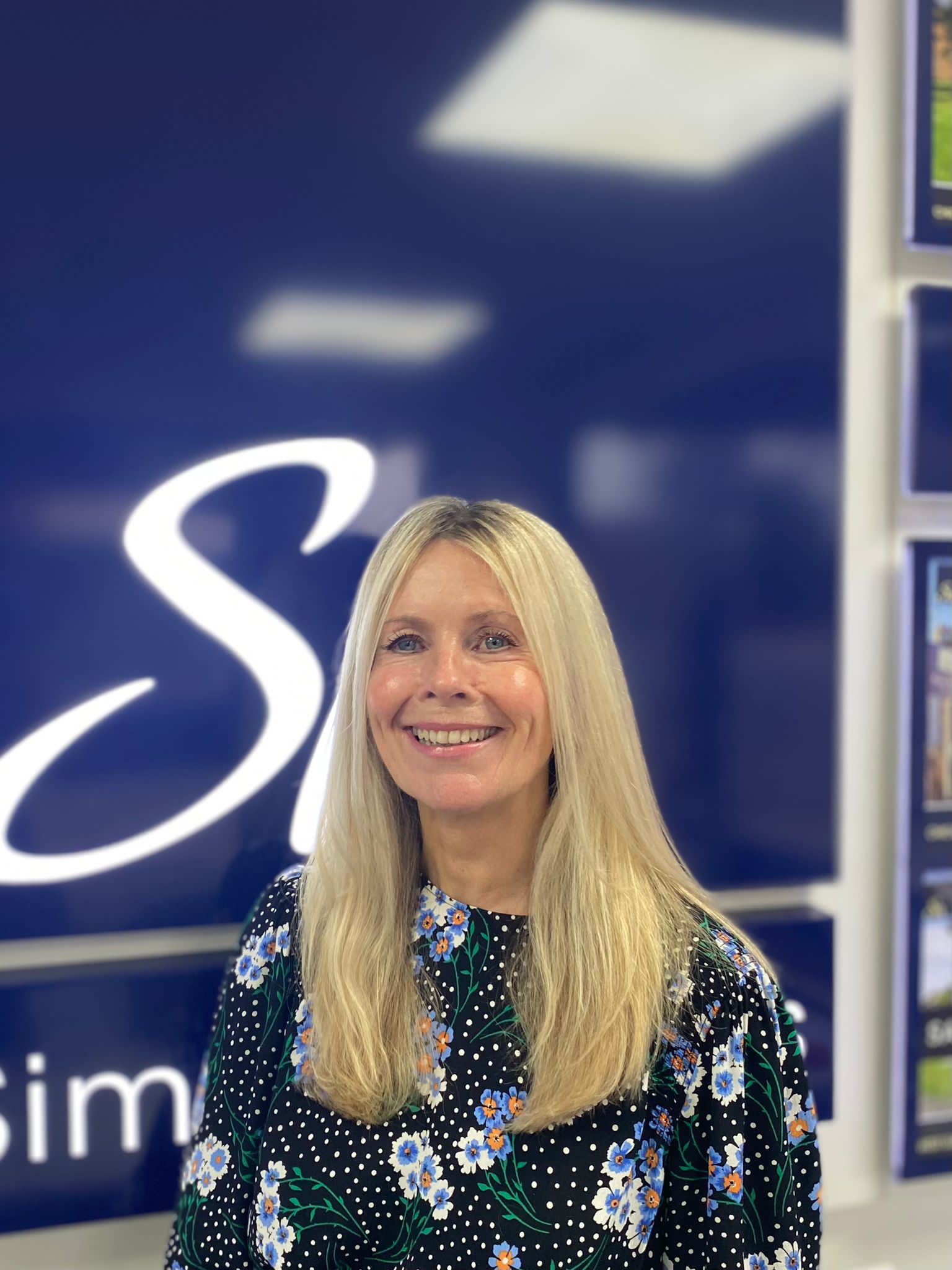 Having first started working in Estate Agency in 1984, Nikki now enjoys the day to day challenges presented in our Property Management centre, where she is responsible for the smooth management for our tenanted properties. Being the first point of call for many of our landlords, tenants and contractors, Nikki knows the importance of how good communication is key in keeping all parties informed. In her spare time Nikki enjoys time on the golf course and is a member of Cowdray Park Golf Club. 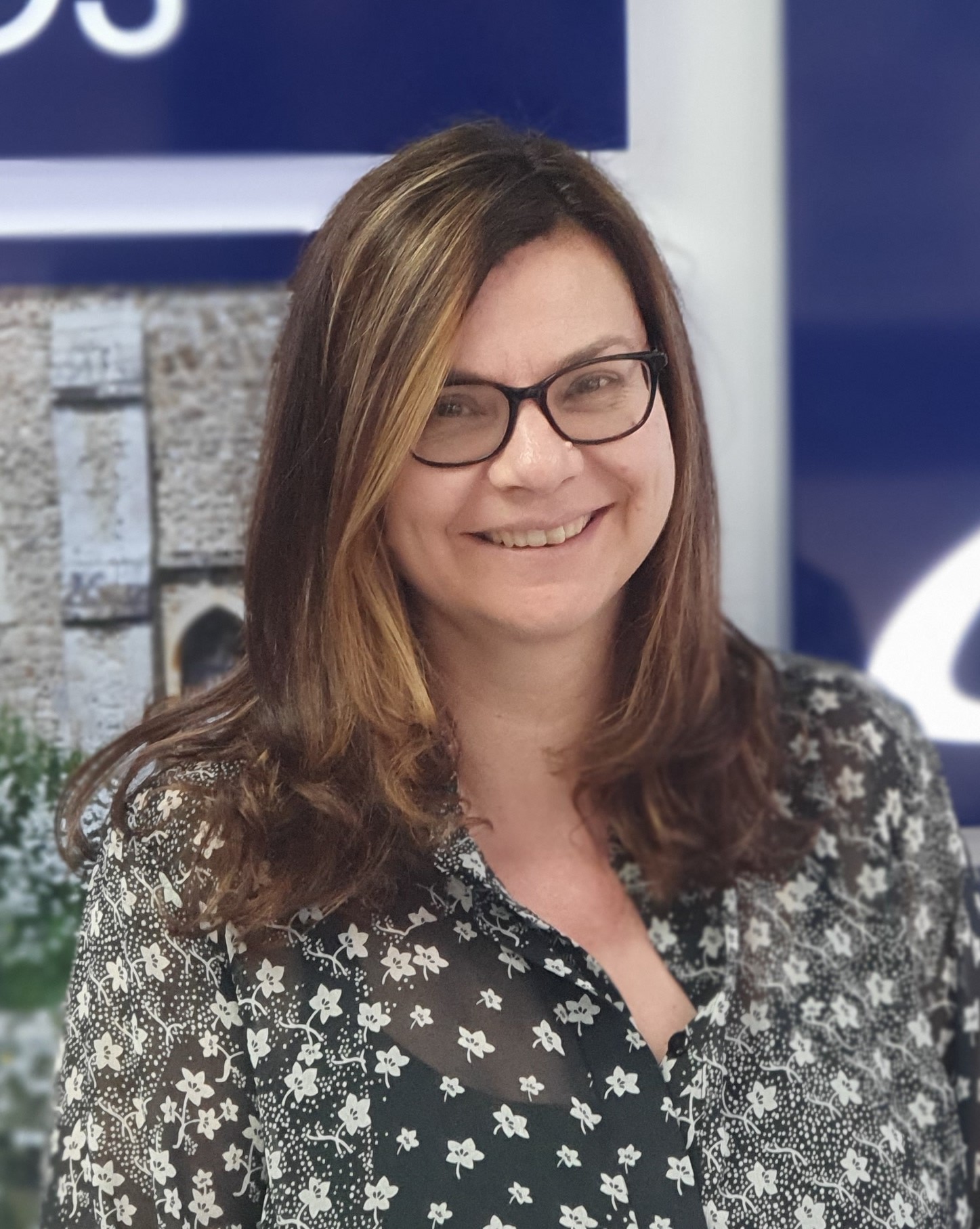 When it comes to property management, there aren’t many people with as much experience as Nicola. Having started working in the Lettings business in 2001 in Felpham, Nicola has recently joined Sims Williams Lettings brings with her a wealth of experience. She takes great pride on the level of service she provides to Landlords and Tenants alike. Nicola takes a keen interest in the ever changing legislation relating to the lettings market and ensures that Landlords and Tenants are kept up to date. She lives in Chichester and as well as a passion for property, her hobbies include cycling and walking. 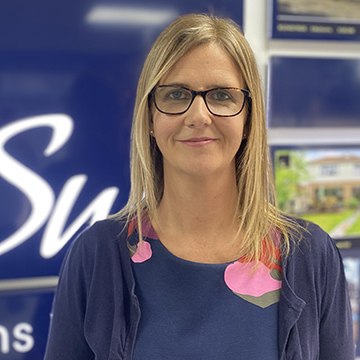 Having worked in London and after running her own business, Annabel has been part of the Sims Williams Team for 11 years. Annabel’s roles within the business have been varied, giving her an all-round understanding of the needs and expectations of our clients. Annabel joined the Sims Williams Land & New Home Team in 2021. Her key role is to identify and monitor all new development applications in the local area. 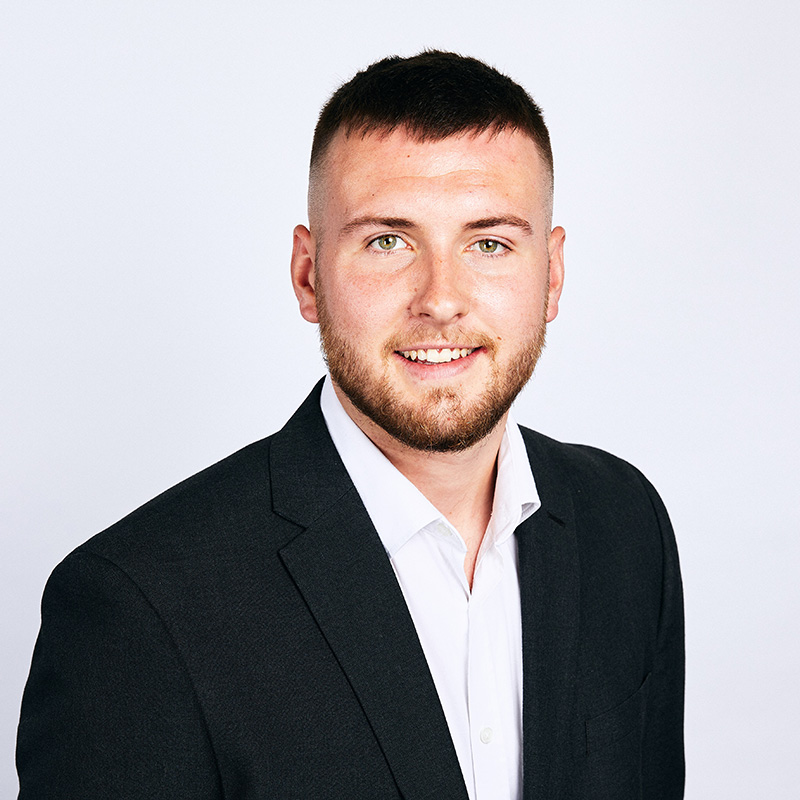 George started his career in land and new homes in December 2016 and has become an integral member of the Sims Williams team. His role involves identifying potential land opportunities and tracking them through to the sale of the new build properties, while building longstanding client relationships. He is reliable, resourceful and results-driven and is motivated by providing brilliant customer service. 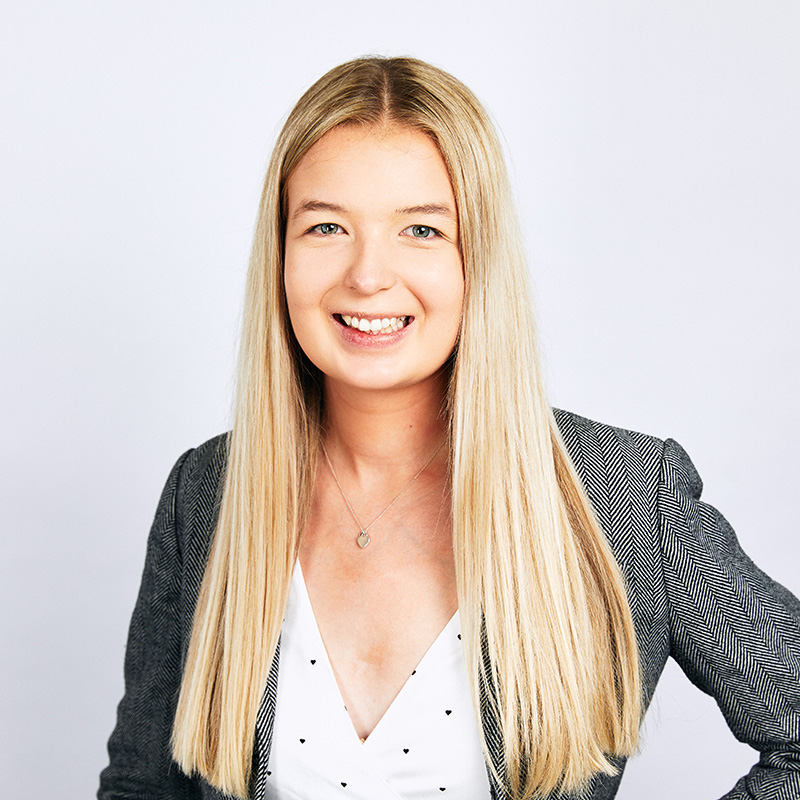 Victoria joined Sims Williams in 2018 after completing her A levels. She is a great communicator, hardworking and diligent.  Her duties include identifying potential land opportunities and liaising with landowners to help them maximise the potential of their land. Her daily monitoring of all the local planning applications ensures Sims Williams is at the forefront of market activity.

Chichester is the only city in West Sussex and is one of the most desirable places to live in England. Property styles range from modern city apartments and quaint terraced cottages to imposing four-storey townhouses and sprawling country estates.

With average house prices in Chichester almost double the national average, city centre living comes at a price. However, the outskirts of the city and surrounding villages offer more affordable options in the beautiful setting of the South Downs and along the stunning coastline.

Within easy reach of Chichester are many popular villages such as Singleton, East Dean, Charlton, Lavant, East Marden, Compton, Walderton and Chilgrove nestling in the Downs to the north, with East and West Ashling, Funtington, Fishbourne and Hambrook to the west and Tangmere, Oving and Boxgrove to the east.

Chichester is a great place for families, with lots to do and excellent performing schools and the prestigious University of Chichester.

So we can keep you fully up to date

What our clients say

We are now well and truly settled into our new home and I wanted to thank Sim Williams for all you did to manage a speedy sale of our home. You said it wouldn't take long and with three offers within 36 hours we couldn't have asked for more. Having not been through the buying/selling process for 33 years we were immensely grateful to Mike and Mel for all their support, answering questions and following things through. The regular contacts and updates were extremely welcome and was something we hadn't expected.
Richard & Anne - Vendors - Mar 5th, 2021
Write a review

Having made the big decision to purchase a holiday rental home we can say that Sims Williams helped make the process extremely easy having received the keys within a month of us first viewing! A special mention goes to Tiffany who offered a wealth of local knowledge and information at our initial viewing and helped us make the decision to purchase. Everyone in the office was friendly and accommodating throughout the process and I would certainly not hesitate in recommending them. Thank you!
Katie - Buyer - Aug 2nd, 2021
Write a review

Jo was our main point of contact and the service her and her colleagues provided was faultless. Fantastic communication and lovely tenants found. I would add that I have also bought and sold properties through Sims Williams over the past 25 years and done another rental too, and not once have they ever slipped on their first class service..and super friendly too. Well done all of you.
Tracey - Landlord - Jun 7th, 2022
Write a review

From the moment we first called we knew they were a professional outfit. Towards the end of the move the service was still first class and the after care was there too. Can’t fault anyone who works there! Thanks again.
Mark S - Tenant - Jul 28th, 2020
Write a review

I just wanted to thank you and your team for all your help and patience in dealing with the sale of Jasmine Bungalow which will hopefully complete next week. Karen and Calum especially have been excellent to deal with in the current sale which I’m sure wasn’t easy for them at times. But their help and patience made the frustrations much easier to cope with! And I also wanted to thank Michael too for his assistance, advice and patience in dealing with the first abortive sale.
Ms Rawson - Vendor - Jun 8th, 2021
Write a review

Sims Williams well researched advice on suitable house types and values, was very much appreciated at the early stages of our development plan. Their extensive marketing and regular progress updates kept us fully informed throughout the process. I would strongly recommend their services.
Jeremy Napthine - Director Salt Earth Limited -
Write a review

I would like to thank Sims Williams for their first class service when we bought a property from the Millgate development in Barnham. Both Jane and Marilyn went above and beyond to support our house purchase. They were always kind, helpful and friendly. Thank you very much.
Emma- New Home Buyer - Apr 12th, 2022
Write a review

Amazing service from start to finish

Having been given short notice and trying to find a property in a particular area I was very lucky to have found Jo at Sims Williams ! She did everything she said she would and she made the whole process from start to finish so so easy and believe you me the service was the best out of all the agents that I used in the local area !
SC - Tenant - Jul 19th, 2022
Write a review

Keeping you up to date

Register with us to receive the latest news and property updates

Find our properties listed on

Sims Williams LLP is a member of NAEA & Sims Williams Lettings Ltd is a member of ARLA
This website uses cookies for core functionality. It also uses analytics cookies to allow us to see how the site is used. The cookies do not identify you. If you continue to use this site we will assume that you are happy with this. If you would like to know more please read our cookies policy.